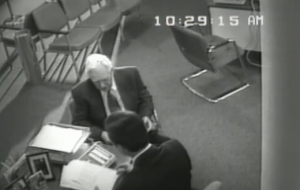 Standing out is always a challenge. But never more so than in a federally regulated industry. There's a limit to what you can say. All the more reason then to say something that's smart, resonating and honest. This campaign for First NBC used language that might have been considered incendiary by banking standards, but in hindsight the risk was well worth it, as it helped turn other banks' frustrated customers into new First NBC customers.